D&P departs for the 2012 Cruise to Laughlin today 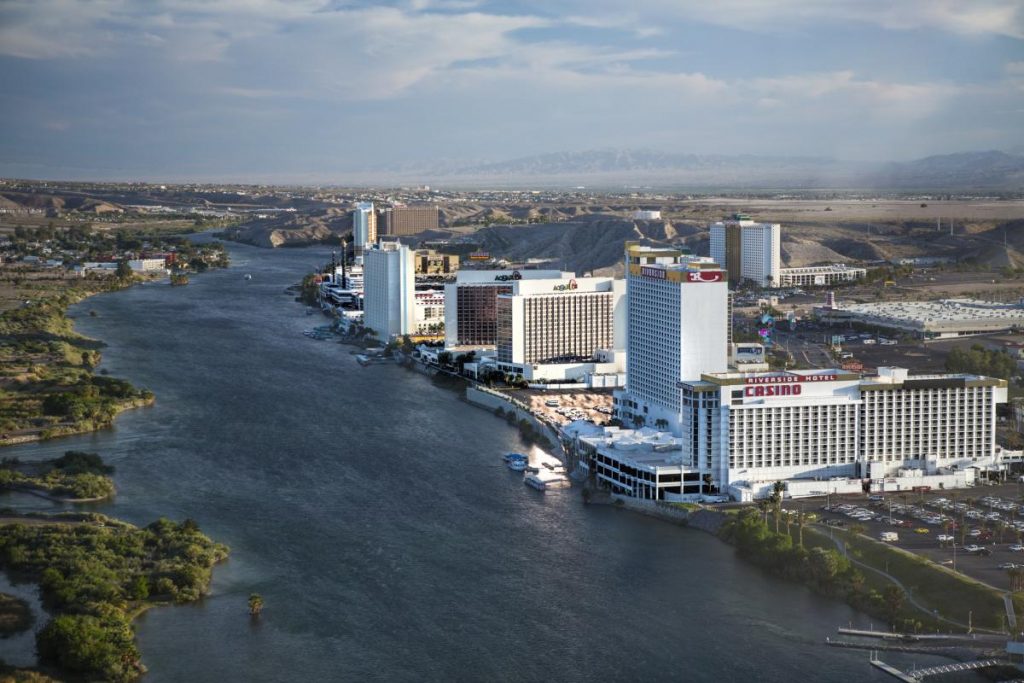 D&P Classic Chevy is proud to be a sponsor of the 25th Annual Gambler Classic River Run in Laughlin, NV.  Join over 200 classic 1955-1957 Chevy’s on one of the biggest tri-five shows in the county.  Located at the Tropicana Hotel in Laughlin.  Weather is going to be great this weekend so cruise on down.  For those of you joining us on the cruise to Laughlin we will be starting in Huntington Beach at 9am.

Pictures of the show to be uploaded to our facebook page.  Please check back for updates

The Southern Nevada Classic Chevy Club would like to extend a warm welcome to you for joining us at our 25th annual  “Gambler Classic River Run, aka Laughlin Lost Weekend”. To our new friends… a hearty “howdy”. To those of you who are returning, a warm “welcome back, we’re glad to see ya!”

The Gambler Classic River Run was conceived in 1988 when three clubs decided to make a day trip to Laughlin, Nevada, 90 miles south of Las Vegas.  33 cars converged on the Colorado Belle that first year.  We had fun, and met a lot of really great people. In 1989 invitations were sent out to all the Classic Chevy clubs in the southwest. The entries nearly doubled to 57.  In 1990, the event welcomed 80 classics, and in 1991 the show went over 100 vehicles.

In 1992, with inclement weather pursuing us, 144 cars made their way through rain and snow to Laughlin, some coming from Mississippi and New Mexico. The event has showed a steady increase of entries to upwards of nearly 170 cars, trucks, and Corvettes.  Each year the participants are joined by more long distance entries arriving from places as far away as Montana, Oklahoma, Florida, New Mexico, Colorado, Oregon, Washington State, California, Arizona and British Columbia.

1994 was the year the event moved over to the Gold River, which then became the River Palms. 134 Classics showed that year with 162 making the journey in 1995.

The Friday Night Sock Hop was introduced in 1996 and has been a much sought after activity ever since.  Several individuals and some groups of members from car clubs will mime old 50’s songs provided by our event “Tune Master”, Mark Reynolds, from Yuma, Arizona.  Mark has been with the Gambler since 1989, and returns each year to give us the best of the old tunes. The Sock Hop added what has now become the “infamous” lip synch contest. With Mark’s help, the contest has taken on a life of it’s own and is rather outrageous.

1996 was also the year the Gambler went to pre-registration-only and split the modified cars by creating the semi-modified class.

Y2K arrived with the new millennium and we found out that Classic Chevys were compliant. There was no predicted excitement about the issue, that is, until someone cut a large power line near Searchlight, Nevada and the Laughlin Strip went dark. The backup generators did manage to keep the slot machines running, however. A case of karma occurred when the hotel included small flashlights in our goody bags that year. Now that’s thinking ahead!

2011 was an awesome year, and 2012 has all the promise of being another one! Each year our Gambler family comes from far and wide to join us for a few days in April to relax, enjoy the event, their friends and all of the beautiful vehicles.