The Truth about the Cash for Clunkers Program 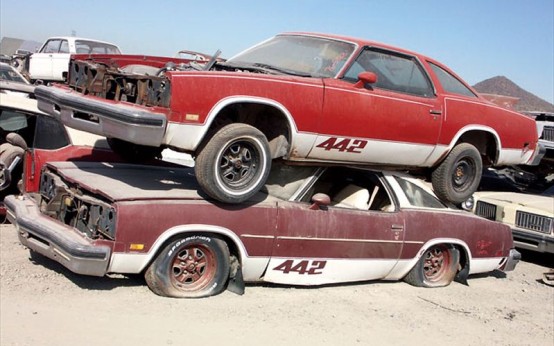 It appears the old adage that “hindsight is 20/20” is quite true when examining the overall effects of the 2009 governmental subsidy program for new car buyers known most commonly as “Cash for Clunkers.” Even though the current administration has maintained for the last several years that the program delivered real economic benefits to the U.S. auto industry, the Brookings Institution research group and think tank recently issued a report saying the complete opposite. The Brookings group now flatly states that the $2.85 billion program originally intended to help clean up auto exhaust fumes contributing to global warming actually wasted millions of taxpayer dollars and that the destruction of thousands of used cars only served to shift the purchase of new vehicles forward by a few months.

When President Obama asked Congress for more money to extend the then-popular Cash for Clunkers program in July of 2009, he said the program had “Given consumers a much needed break, provided the American auto industry an important boost, and is achieving environmental benefits well beyond what was originally anticipated. The program has proven to be a successful part of our economic recovery and will help lessen our dangerous dependence on foreign oil, while reducing greenhouse gas emissions and improving the quality of the air we breathe.”

The Brookings Institution report, entitled “The Car Allowance Rebate System: Evaluation and Lessons for the Future,” differed greatly from the president’s optimistic outlook when it concluded that the program had no positive impact on overall economic growth and only created 0.7 jobs for each million dollars spent. Although the report did note that the program created 380,000 additional vehicle sales at the time, it also pointed out that the result was only a small increase in Gross Domestic Product (GDP) because it simply shifted $2 billion in sales into the third quarter of 2009. In other words, the $3,500 to $4,500 per car subsidies only gave consumers added incentive to buy new cars a few months earlier than they would have bought new cars anyway, and any resulting long-term positive impact on the nation’s economic growth was negligible.

The Clunkers program had intended to provide a stimulus to stem the economic downturn and also to reduce the amounts of fuel consumption and harmful emissions. The temporary increase in vehicle sales at the time did result in a small increase in production and job creation, however, the actual cost per job created was far greater than other proposed alternative stimulus schemes and the government had to spend over $1.4 million taxpayer dollars in subsidies as a result. The minor positive stimulus effects did not go very far to justify the damage to the economy from the destruction of nearly 700,000 functioning used automobiles either. Because the program also mandated the total destruction of all the automobile engines scrapped, it equaled a loss for many car enthusiasts too.

Although the program may have caused a slight improvement in the nation’s overall fuel economy and a small reduction in carbon emissions, the cost per ton of carbon dioxide reduced shows that the program was a very costly way to reduce emissions at best. Even though some 2,000 jobs were probably “saved or created” due to the Clunkers program, the new car sales spikes during July and August of 2009 were completely offset by a dip in sales the following September when the program ended. The truth is that new car sales did not return to normal long-term trend numbers until the end of 2009, and considering the fact that most of those sales would have occurred later during the 2010 model year anyway, it is hard to find any good news within an after-the-fact assessment of the program. In the rearview mirror, it looks like Cash for Clunkers cost the American taxpayers a lot of cash and car enthusiasts lost a lot of vintage iron too. Neither is a particularly good result.

PreviousOne-Wire Alternators: Are They Better Or Just Easier To Hook up?
NextChevy Performance’s New Social Media Forum, The Block, is now live.