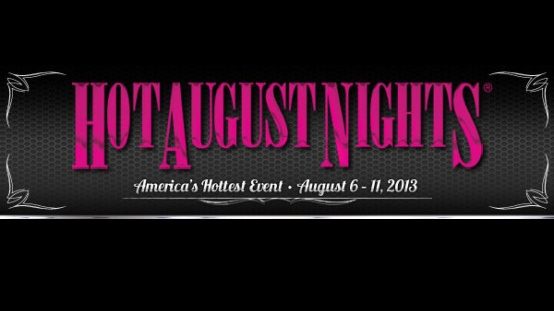 Reno, Nev. (1/19/13) – Saturday, during the Barrett-Jackson Scottsdale auction, a groundbreaking partnership was announced that brings The World’s Greatest Collector Car Auctions™ to the base of the Sierra Nevada’s to join the world’s premiere classic car and nostalgia festival. The inaugural Hot August Nights Auction Presented by Barrett-Jackson will take place in Reno Tahoe, Aug. 8-10, 2013. This event marks a historic partnership between two of the most recognized names in the classic and collector car industry.

The new partnership between Barrett-Jackson and Hot August Nights will offer fans and customers of both the classic car event and collector car auctions a weeklong opportunity to celebrate and revel in some of the most recognizable and historic automobiles in the world. Not only will buyers be able to bid on and purchase from Barrett-Jackson’s famous selection of collector cars, but now they can take them right from the auction block to the streets of Reno Tahoe to participate in one of Hot August Nights’ famous cruises or Show-n-Shines.

Now in its 27th year, Hot August Nights combines the classic cars and classic sounds of the 50s, 60s and 70s creating the world’s largest event dedicated to “celebrating America’s love affair with cars and rock ‘n’ roll.” The event draws hundreds of thousands of visitors each year to northern Nevada providing them the opportunity to participate in organized cruises, drag races, Show-n-Shines, concerts and more.

“The only missing piece in Hot August Nights’ successful puzzle was a Barrett-Jackson Auction,” said Craig Jackson, Chairman and CEO of Barrett-Jackson. “Our collectors in Canada, Seattle, San Francisco and the Silicon Valley have been asking — for decades — for an auction in their region. The partnership with Hot August Nights provides the perfect atmosphere of automotive passion to make that happen.”

“Since 1986, Hot August Nights has evolved into one of the most celebrated classic car entertainment experiences in the world and has become synonymous with the Reno Tahoe community,” said Tony Marini, executive director of Hot August Nights. “Over the past two years we’ve had the opportunity to work with some of the businesses and companies we admire most in the automobile industry to take this event to the next level. Bringing Barrett-Jackson and its loyal fan base to Hot August Nights creates a long-term partnership that will further establish both brands as the leaders in their respected fields.”

Hot August Nights Auction Presented by Barrett Jackson will be held Aug. 8-10, 2013 at the Reno-Sparks Convention Center. Consignments are being accepted now and tickets will be available in Spring 2013.

“Hot August Nights has firmly entrenched itself in the community fabric of northern Nevada exposing our region to fans from all over the world,” said Reno Mayor Bob Cashell, who also serves on the board of directors for Hot August Nights. “To bring a highly reputable name like Barrett-Jackson to our community, further establishes Hot August Nights and Reno Tahoe as a top destination for car enthusiasts and leisure travelers alike. “