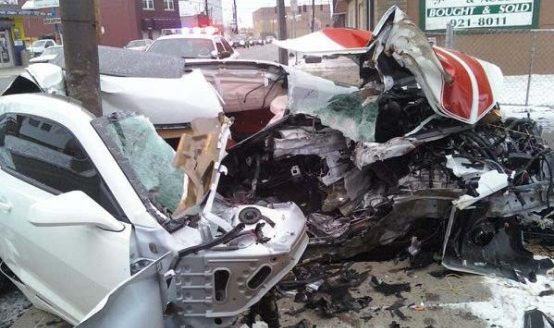 Original article can be found at: http://autos.yahoo.com/blogs/motoramic/chevy-camaro-zl1-owner-fights-dealership-totaled-car-170136602.html 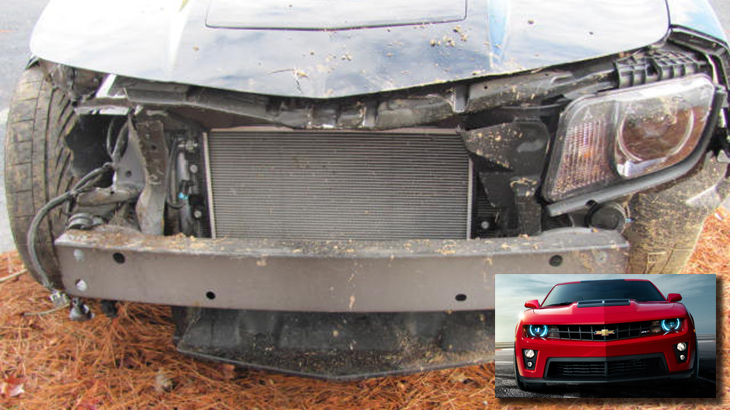 At 580 hp and a starting price of $55,000, the Chevy Camaro ZL1 ranks as the top dog of the Camaro lineup (at least until the Z/28 hits the track.) For Camaro enthusiasts like John Hooper, author of six books on the history of Camaros, it’s a dream car — or at least was a dream car, until an employee at a Chevy dealership totaled his ZL1 on an unauthorized joyride. Nearly a month later, Hooper and the dealership have yet to agree on how much that particular top dog was worth.

Something about Camaros seems to bring out the dark side of the dealer service department; recall the man who hid a voice recorder in the door pocket of his Camaro SS and caught mechanics doing burn-outs. According to Hooper’s posts on the Camaro5 forum, he had taken his 2012 Camaro ZL1 to First State Chevy in Georgetown, Del., for warranty work on a paint issue. On Dec. 15, a Sunday, one of the dealer’s employees took the keys from the closed dealership and went for a spin — that ended when the ZL1 sheared off a telephone pole.

The next day, the dealership told Hooper about the incident, and by the end of that week, the car had been declared a total loss. Since then, Hooper and First State have been unable to reach an accord over how to replace the ZL1.

To First State’s credit, it immediately fired the employee who took the car and tried to pursue charges against him — but local officials said since the car was in the dealership’s legal possession at the time of the crash, no crime was committed. Hooper’s ZL1 had about 10,000 miles on it, and while First State has offered other used ZL1s as replacements, Hooper has said those cars were not worth as much as his example was pre-crash.

Hooper told the Cape Gazette of Lewes, Del., today that while the dealership has given them a loaner to drive, they are still making payments on the ZL1 while it sits in a salvage yard. “We’re losing sleep over this, time off from work, and this still isn’t resolved,” Hooper told the paper. “This is so ethically and morally wrong it isn’t funny.”

Original article can be found at: http://autos.yahoo.com/blogs/motoramic/chevy-camaro-zl1-owner-fights-dealership-totaled-car-170136602.html

PreviousLS9 Powered 1970 Chevelle, Featured on the 2013 Platinum Super Chevy Special Edition
NextTrivia Question – How many 1955 Chevys were built in 1955